The Raven God by Alane Adams

The Legends of Orkney Series #3

After defeating the Volgrim witches, life in Orkney is quiet. Too quiet. Before Sam Baron can catch his breath, an army of fire giants led by Surt gather in the Eighth 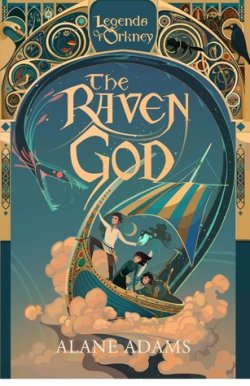 Realm of Musspell, determined to destroy Orkney—and it’s all Sam’s fault. After all, he took Odin’s life with an ancient cursed dagger, and now, mankind has lost its protector. To make matters worse, the God of Mischief, Loki, is on the loose and determined to reunite with his evil wife, Angerboda, and their three children: Fenrir the wolf, Jormungand the sea serpent, and Helva, Goddess of Death. Orkney’s only hope lies with Sam and his stalwart friends. As Surt prepares to launch his forces against Orkney, Sam and two of his fellow witches, Perrin and Mavery, set out on a journey to rescue Odin, aided by Skidbladnir, a magical ship of the gods that can fly over land and sea, and Geela, a Valkyrie who can transform into a battle-ready goose. Meanwhile, Leo and Keely travel north to stop Loki from starting a war between the Eifalians and the Vanir, while Howie is left to watch over Skara Brae. With time running out, our heroes try frantically to prove once again that they can find the courage to do what’s needed when the odds are stacked against them—even when the sacrifice asked is greater than any of them could imagine.

I have been enjoying this series based on Norse mythology.  It differs from other similar books out there in that it takes place in Orkney part of the nine realms, not in our world.  Our four main heroes come from Earth, but except for the beginning of the first book, they are in Orkney.  This book was a continuation of their stories, but felt a little disjointed as they all had their own adventures and were separated from each other for most of the book.

Sam is the most interesting character, he is a son of Odin but also the son of a very powerful witch.  He has trouble getting these two sides of himself to work together, but when they do he is a force to be reckoned with.  I enjoy the fact that he often makes mistakes and is unsure of his decisions, but goes with it and always makes the best of the situations.  I also like his relationship with the other two witches he journeys with Perrin and Mavery.  Their dynamic together is very heartwarming and fun to watch, especially when they get stuck in the Sea God Aegir’s Kingdom. Mavery lets Sam make a fool of himself, but when he gets in over his head she does come to his rescue.  His journey to rescue Odin and bring him back from Helm was the most interesting of the quests.

Leo and Keely are also good characters with their own strengths and weaknesses, Their journey was not as interesting, but it did involve Loki the most.  Loki is rarely depicted in Norse myth as a likable character, but I sort of felt sorry for him in this story.  Although he reminds me of a preschooler having a tantrum most of the time, I understood him and why he did what he did most of the time.  I think the other gods treat him unkindly and make him what he is, but it was good to see how things worked out for him in the end.

Although the action drags at times this was a pretty exciting and fast paced story. It has some good twists and turns in it that kept you on your toes.  I did worry about some of the characters and wether or not they would get out of some of the situations they found themselves in.  The adventure into Helm was well done and how they find Odin was interesting.  The author weaves some of the actual myths into her story with additions of her own making that work well together.  I like the ice giants and Skidblaner, the magical boat, was a fantastic addition to the story.

I’m not sure if this book is the end of the series, I certainly hope not, but if it is this book has a very satisfying ending.  I hope to see more of Sam and his friends and their adventures in the future. 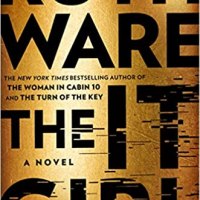