Top 5 Wednesday is a weekly meme hosted by Lainey at GingerReads and Samantha at Thoughts on Tomes.  You can find the group on Goodreads.

This week’s theme is :

Characters You’d Want at Friendsgiving
— It’s Thanksgiving in the States this month, but Friendsgiving is a celebration that involves not family, but found family. Which characters would you invite to yours?

This ended up being a bit tougher than I thought.  I immediately came up with a couple of people, but then I got stuck and had a hard time coming up with the rest.  Part of my issue was that I wanted all of my characters to get along, so no fights would break out at my dinner.  But then I was like well that is part of the family holiday tradition, so let the games begin! 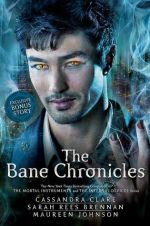 I have never been subtle about my love for Magnus, I think that he is the main reason that I have read every single one of the Shadow Hunter books.  I love it when he shows up and always look forward to seeing him, even when it is only for a page or two.  He can of course bring Alec along and hopefully he will conjure up the feast so that I don’t have to cook.

Aventurine and Silke from The Dragon with a Chocolate Heart

Of course I needed a dragon  at my feast and Aventurine can bring the chocolate dessert and her famous hot chocolate!  Plus I think she would be fun to have a conversation with.  Also if she brought Silke along we would have someone to tells us some great stories!

Kell and Delilah from A darker Shade of Magic 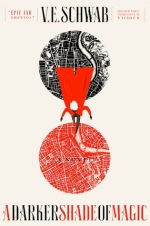 I have pretty selfish reasons to invite Kell, I really want to try on his coat!  Plus I would love to hear more about the different Londons and all of their adventures there.  But I also think they would get along with Magnus and Alec.  It would be fun to see Kell and Magnus compete magically.  Plus Alec and Delilah could see who’s knife work was better.

Another couple that I think would get along with everyone, and of course would join in the magic and fighting games of the party.  Plus, if we made it a potluck maybe they would bring some ambrosia along for everyone to try!  I could never decide if mine would taste like chocolate or grilled cheese.

I tried really hard to come up with another couple from a different world than the Shadow Hunters, but I just couldn’t.  Maybe it is because I am rereading Lady Midnight right now, but I just have such strong feelings for these two, that I needed to invite them to the party.  And as much as I would love to meet the rest of the Blackthorn family I will insist that Julian leave them  at home.  He needs a break from them.

Well, I think this will be a fun party, what do you think?  Who would you invite to your Friendsgiving?