I have been seeing this tag a lot lately and decided that it looked like a lot of fun.  A shout out to Caitlynn at Thrice Read and Cait at PaperFury, for posting their answers and making me either think or laugh enough that I knew I had to answer them too.

3 Read Once and Loved Authors.

This was a hard one to narrow down, so many authors, but I decided to narrow it down to more recent reads and loves.

3 Titles I’ve Watched but Not Read.

I thought this was a little bit of a tough one, but when I started thinking about the shows I watch I realized a lot of them are based on books.

3 Series I have Binged.

I am seriously considering making this the only way I read series from now on.  Those long waits between books are killing me lately.

I wonder what it says about me that I have picked all guys for this one?

This one was really tough, I have so many favorites, but I decided to go with some that haven’t been published yet.  And they are faves because I am really looking forward to reading them.

I have to admit that I am pretty good about using a book mark, but as a librarian I have found some pretty weird things inside the books when they are returned.  I keep thinking I should take pictures of them.  Here are three I remember.

This is very similar to the first one, so because I listed all women above, here are my favorite male authors.

This was a bit of a tough one.  I will pretty much read anything and there are not any tropes I necessarily dislike, as long as they are done well, I’m okay with it.  But here are the three I came up with.

3 Book Goals For the Year

This was a lot of fun.  I tag any one who wants to do it.  You don’t have to do all of the questions, just the ones you want to and you can always make some up too. 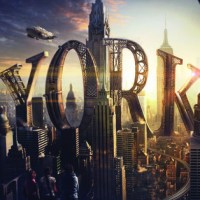