Please note that both of these reviews are for books that are next in a series. I don’t think I have included any spoilers, but just be aware that there might be for the other books in the series.

Sequel to The Queen’s Assassin.

I remember liking the characters in this story quite a bit in the first book and was looking forward to watching their relationship grow in this one. Unfortunately they seemed a little stuck most of the time, but that might have been because they were forced to spend most of the book apart from each other. So they both mostly spent the book worrying about each other and wether or not their love would survive. It got a little redundant and boring to be honest.

The magical system, that wasn’t supper well explained in the first book, seemed to have disappeared almost entirely in this book. Except for the end and a couple of small scenes in the middle. Which was weird. I remember Lilac having some sort of magic in the first book, but it seems to be totally absent now? Also the whole mission from the first book, and Cal’s blood oath did not play as big a part here. Jander, who is such an interesting character, seems to be the only one focused on that part of the story, but we don’t see what he has done until the very end of the story.

The end of this book was just straight up weird and odd. I can’t really explain it without spoilers, but some of it really made no sense what so ever. Although I did like Jander’s part where he figured out how the murders were happening and how to stop them. That part was great. On the plus side, it was a fast read, with good pacing and some interesting scenes. I also liked the murder mystery, but would have liked some scenes where Jander talks about his suspicions and how he figured them out.

If you read and liked the first book, I think you will find this one interesting.

Treasures, Demons, and Other Bloody Magic by Meghan Ciana Doidge

I decided to read this one instead of listening to it, which was a good choice. The audiobooks just weren’t working for me. Also, I recently found out that even though there are nine books in this series, they actually work in groups of three. So, this one was the last in the first set and had a satisfying ending. Not sure yet if I will continue with the series at some point, I just don’t have the time now to do so. It might make a good summer series though, because it is funny and the characters have just the right amount of snark to make me happy. Plus, I can’t get enough of the descriptions of Jade’s cupcakes. I so wish her bakery really existed, it would certainly be on my list of stops the next time I go to Vancouver!

Jade is back after training with her father’s people for three months and she is ready to bring Sienna to justice for her crimes. I felt really sorry for Jade having to be the one to find and possibly kill her sister, that is an awful burden. But she soldiers on and makes the best of it, with lots of chocolate of course. The rest of the gang from the first two books are also along to help. Loved Kandy, she is just a hoot and always a pleasure to have at your back. Kett too, although there is something strange going on with him at times. We also get a new character, Drake who was a badass teen who tags along with Jade, and gets into some interesting trouble along the way.

The story was fast paced and a bit darker than the other two books, but I really liked learning about Jade’s father and his people. I hope there is more of that in the next books. One reason I am considering continuing the series. I also like that while there is romance in the books, or at least some smoking hot make out scenes, it doesn’t overwhelm the stories. I was a little disappointed that we didn’t see more of Desmond in this book, Jade’s sort of shapeshifter boyfriend, but that was okay. I wasn’t totally on board with that relationship anyway.

Solid ending to this part of the series. I do enjoy the world the author has built and the characters are fun to hang out with. If you like urban fantasy with lots of different supernatural characters that will keep you laughing at their snarky comments then you might want to give this one a try. 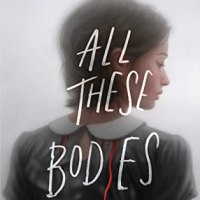