The Charmed Children of Rookskill Castle by Janet Fox

“Keep calm and carry on.”

That’s what Katherine Bateson’s father told her, and that’s what she’s trying to do: when her 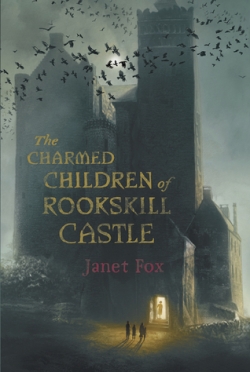 father goes off to the war, when her mother sends Kat and her brother and sister away from London to escape the incessant bombing, even when the children arrive at Rookskill Castle, an ancient, crumbling manor on the misty Scottish highlands.

But it’s hard to keep calm in the strange castle that seems haunted by ghosts, or worse. What’s making those terrifying screeches and groans at night? Why do the castle’s walls seem to have a mind of their own? And why do people seem to mysteriously appear and disappear?

Kat believes she knows the answer: Lady Eleanor, who rules Rookskill Castle, is harboring a Nazi spy. But when her classmates begin to vanish, one by one, Kat must uncover the truth about what the castle actually harbors—and who Lady Eleanor really is—before it’s too late.

This book has a lot going for it.  The characters, especially the kids are well written and the story is very engaging and has a fast pace.  It is a little confusing at first as we flip between the present story and the Lady Eleanor’s past, but mostly it is good creepy fun. Lady Eleanor is just so sinister and power hungry, but still a tragic figure that you almost feel sorry for, almost.  Kat is a great heroine, she is spunky and very practical, so has a hard time explaining away some of the mystical and magical parts of the story. The castle setting in Scotland is also a perfect setting for this haunting story.  According to the authors website she is working on a sequel, which I am glad to see.  My students have really enjoyed the book, and keep asking me when the next one will be out.

The audio book was great. Fiona has a wonderful voice and accent which she can change according to the characters age and where they are from.  I highly recommend the audio if you are looking for a good scary listen.

Enjoy the video, it gives a good feel for the book. It also shows a chatelaine which is central to the story. 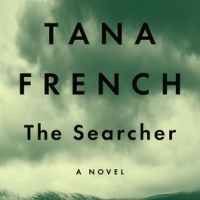