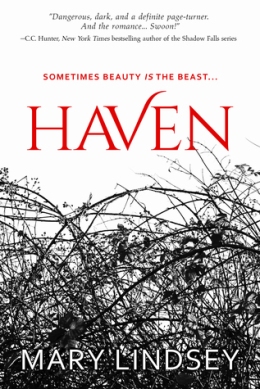 “We all hold a beast inside. The only difference is what form it takes when freed.”

Rain Ryland has never belonged anywhere. He’s used to people judging him for his rough background, his intimidating size, and now, his orphan status. He’s always been on the outside, looking in, and he’s fine with that. Until he moves to New Wurzburg and meets Friederike Burkhart.

Freddie isn’t like normal teen girls, though. And someone wants her dead for it. Freddie warns he’d better stay far away if he wants to stay alive, but Rain’s never been good at running from trouble. For the first time, Rain has something worth fighting for, worth living for. Worth dying for.

I had a super hard time putting this book down and if life didn’t intervene I probably would have finished it in one sitting.  It is very fast paced, with lots of twists and turns in the plot that keep you guessing.  The characters are also well done and likable enough that you want to see how things all turn out in the end.  This is a standalone but I hope to see more of the characters that populate New Wurzburg in the future.

This a twist on the usual Beauty and the Beast and paranormal romance stories in that Rain is the one telling the story and he is the human who falls in love with a beast.  Rain is a likable enough character, although he is a bit aggressive in his pursuit of Freddie.  There are a few uncomfortable moments where he does cross the line decency with his need to protect and want her, but overall he has a good heart and wants to help those he sees as being wronged.  Rain has had a rough life and so some of his aggression can be understood if not forgiven.

Freddie is pretty bad-ass and a strong female to Rain’s aggressiveness.  She doesn’t take any crap from him, and does try really hard (but maybe not hard enough) to keep him out of her life and the issues that surround her.  She has issues of her own, but she still keeps everything together and comes out as the stronger of the two.

There are lots of strong secondary characters in this story that really make it an excellent book and is the main reason why I hope there will be more books about New Wurzburg.  The two I liked the most were Grant and Petra.  Both of them are important to the main story, but they certainly have enough in their back stories to make them main character material in another book.  Grant is a character that I was never quite sure which side he was really on, but I was rooting for him to be a good guy because I just liked him so much.  Petra is probably the most interesting character, one who has been made to spend most of her life hidden from the rest of the town.  She is slightly creepy, but you end up seeing through that and appreciating her strengths and rooting for her as well to end up on the right side.

The whole mythology about how the town came to be and the relationship between Freddie’s family and the other supernatural beings in town is well done and fascinating.  The mythology is totally wrapped in the murder mystery that is part of the story as well.  It makes for a very engrossing read that really made it hard to put the book down.

Overall a really fun book, that was engrossing and hard to put down.  A good twist on a Beauty and the Beast retelling that also takes a different look at supernatural romances.  Highly recommend.