It doesn’t seem possible that three months of 2019 are over.  While not a great month, March was pretty good to me.  At least the weather is getting better.

Surprisingly I got quite a number of books finished.  Still pretty heavy on the fantasy, but I’ve worked through many of my fantasy ARC’s and have been trying not to get more of those.  So hopefully from here out there will be less fantasy and more of the other genres.

I read 16 books this month:

I wrote reviews for most of them, although I have been in a little bit of a review slump, so I am way behind on those.  I hope to catch up with that soon. 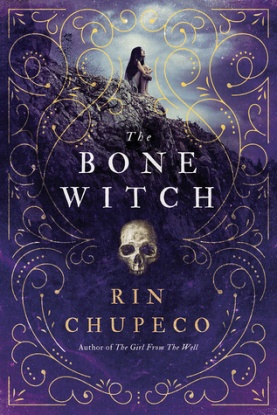 I am about half way through Shadowglass and hope to have it finished soon.  It has been a marvelous series but I am dragging my feet a tad to finish it up.  You know how it is when you don’t want a series to end.  I am really looking forward to the last book in the Constellation series, and rereading the books has made me want to read it more than ever.  The audio books for all three of these books are excellent and I highly recommend them.

I just adored both of these books.  Lots of laughs and full of fun romances.  The Princess and the Fangirl was just as adorable as the first in the series.  I really hope there will be more set in this world.  The Boy Next Story was also good.  It is a retelling of Little Women, more or less.  I really liked it, but not as much as the first book.  There was just something missing from this one.  I’ll get the review up soon as it comes out in May. 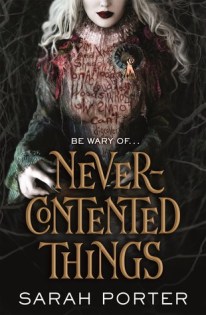 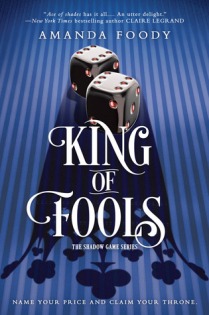 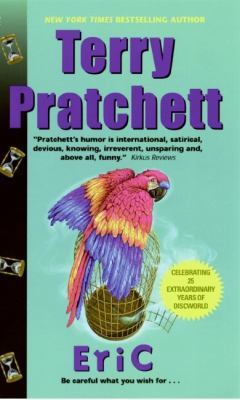 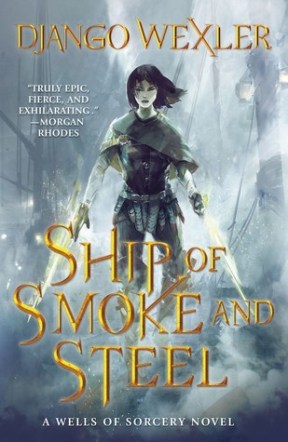 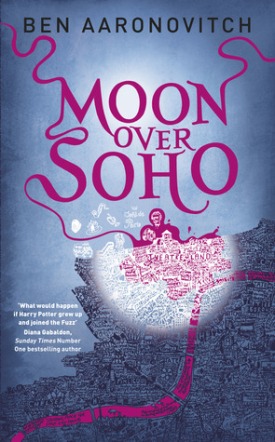 I wrote the reviews for three of these, and hopefully the other ones I will get done soon.  I am really enjoying the Peter Grant books, they are so much fun and so full of that dry British humor that I like so much.  Never Contented Things and The Devouring Gray were both amazingly dark and twisted.  King of Fools is the next book in  the Shadow Game series.  It was a solid second book with lots of double dealings and back stabbing by just about everyone.  I have mixed feelings about Ship of Smoke and Steel, I hope to get that review done this week.  Eric I read for the Discworld Challenge I have been doing.  This was not one of his best, but it had it’s moments. 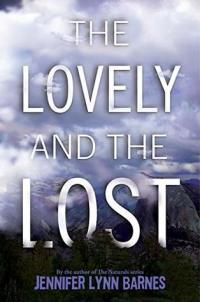 These were both really good, and makes me want to read even more from this genre.  The Vanishing Stair was a bit slow, but oh so good.  Can’t wait for the next one.  The Lovely and the Lost was such a page turner, I devoured it pretty quickly.  It is a stand alone I believe but certainly has the potential for a series.  Loved the characters and the setting.

I really enjoyed the Shadow House series, so creepy and scary!  The Guardians of the Wild Unicorns was also a satisfying read. I liked that the unicorns were really wild and not cute and fluffy versions.

So even though I am behind in my reviews, I’m actually still very much ahead on my ARC reading.  These are the ARC’s I have lined up for April.

I was so excited to get the ARC for Finale. I’ve started the reread of Caraval, I’m doing the audiobook,  and so far it is just as good as I remember it.  Aurora Rising is also a must read by that dynamic duo, Jay Kristoff and Amie Kaufman.  I’m sure it will be amazing.  Going Off Script is one I picked up because it came up on my recommendation list in GoodReads.  It sounds really cute though.  Then there are the three middle grade books.  Just look at that adorable dragon on the cover of Spark, how could I resist, plus weather magic.  Camp Shady Crook has been described as Ocean 11 set in a summer camp.  Then there is A Box of Bones which sound totally intriguing.

Finally there is one more book I know for sure that I will be reading next month the second it comes out. How am I spending my Spring Break?  Look no further than this book and my couch.

Well that is a wrap for March and a little bit of insight into my reading in April.  What are your plans for April?