Book covers have been on my mind a lot lately.  Mostly because I was thinking about what makes me or any one consider reading a book, and I really think that for most people it is the cover.  If the cover doesn’t interest you than you won’t pick up the book and see what it is about.  I see this a lot with the students I work with.  No matter how much I tell them about the book and how good it is, if the cover doesn’t grab them, they won’t check it out.  I even do it with reviews.  If the cover doesn’t interest me, I won’t read the review.  Is that sad? or even right?  I don’t know, I’m such a visual person it makes sense to me.

So onto badass covers.  I chose this topic because of the cover for Shadowcaster by Cinda William Chima.  I kept looking at and thinking, what a badass she is.  I was also trying to figure out which character she was.  Still not sure about that.  It started me thinking about similar covers of books I’ve read or that are on my TBR mostly because of the cover.  So here is a look at some badass covers. 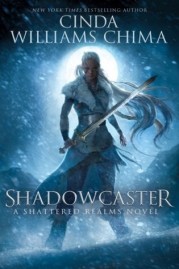 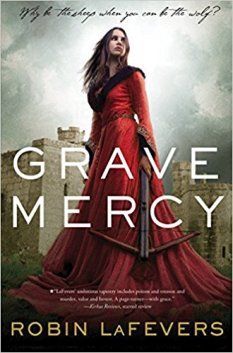 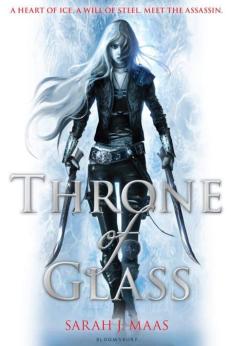 I tried to come up with a few more with guys on them, but I was stumped.  I guess I’m being a little sexist, but I think badass women on covers make me want to pick up the book more.  Although I will say The Novice and The Story of Owen covers were totally the reason I read both books.  I didn’t care what it was about I just had to read about that guy with a dragon.  There are three here that I haven’t read, Truthwitch, Sabriel and Throne of Glass.  The first two are on my audio TBR list.  I also should mention that the Sabriel and Throne of Glass covers are the Aussie versions. Sometimes they get the best covers.  Also the Whispering Skull cover is the UK version.  I think I will do a post about different covers from around the world.  I sometimes find other countries interpretations for the cover of the same book interesting.

Sorry this post was a little bit of rambling. What do you think?  Is it the cover that initially draws you to a book?  Can you think of any books with badass guys on the front? Leave a comment and let me know.