The Unfortunates by Kim Liggett 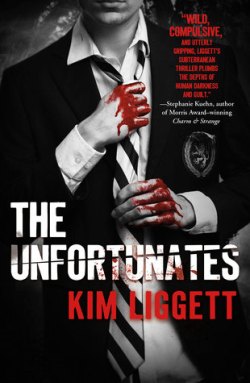 When seventeen-year-old senator’s son Grant Tavish is involved in a fatal accident, all he wants to do is face the consequences of what he’s done. But those consequences never come, even if headlines of “affluenza” do. The truth soon becomes clear: due to his father’s connections, Grant is going to get away with murder.

As a family tradition approaches, a cave excursion on the Appalachian Trail, Grant seizes the opportunity to take justice into his own hands by staging an accident and never coming back. But before he has a chance to enact his plans, the cave system collapses, trapping him miles beneath the surface with four other teens from much less fortunate circumstances. As they struggle to survive, they share their innermost secrets and fears, and just when it seems they might be on track to finding a way out, they realize…

There’s something else down there.

And it’s hunting them.

ARC provided by Macmillan-Tor/Forge via Netgalley for an honest review.

This book was not entirely what I was expecting from the cover.  I am very guilty of choosing to read it based on the cover.  I think I read the summary when I first looked at, but by the time I read it I had forgotten what it was about.  I was thinking it was going to be more of a murder mystery rather than a survival tale.  That is certainly what the cover suggested to me anyways.  But that said, it was still a really good story that was hard to put down.

Grant was a hard character to like.  He is very privileged, and although he is not entirely comfortable with that, he doesn’t do anything about it really.  His interactions with his friends at the start of the book are uncomfortable because he thinks everyone is judging him for what he did.  But it is a short book, so it isn’t long before he has headed out to do this family tradition of walking through a cave alone.  Kind of a weird tradition if you ask me, but just go with it.   Things go wrong from the start, but Grant does step up and try to help the kids who are trapped with him.  I don’t want to say much more so as not to give things away, but there is a slight twist to what is really going on, that although I figured out what it was, was still a bit of a shocker when I did.

I really liked this short, kind of scary read.  It speaks to how your conscience can make you think things that are not really true.  I would have liked a little bit more of what happened after Grant gets out of the cave, but other than that a really good solid story. 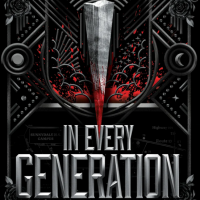