1886. The Hemstads possess supernatural powers bestowed upon their family by the ancient Norse gods. Now Sissel, the youngest at 16, discovers her gift: she is a Ransacker. She can find gold and other precious metals and pull them to her. Hers is an awesome and dangerous gift.

Sissel and her siblings have been living peacefully in a small town in Montana, trying to blend-in and escape the violent events that haunt them, but they’ve all been tricked—the handsome young man courting Sissel is secretly a Pinkerton spy, reporting to the man who wants to control them, the Baron Fjelstad.

Sissel’s beau is not the only one interested in her new talents. She’s also caught the attention of a local mine owner who’s convinced Sissel has a lucky touch when it comes to finding gold. With betrayal lurking around every corner, Sissel must tread carefully. Harnessing her powers could bring great fortune . . . or cause the powerful Baron to come hunting her and her siblings down for once and for all.

ARC provided by Macmillan Children’s Publishing via NetGalley for an honest review.

Wow, this one was just as good as the first.  I really enjoy the setting and characters and the mix of the old west with Norse mythology.  Plus a strong family that loves each other and will do anything to keep each other safe.

This is Sissel’s story.  She is the youngest of the four siblings and in the first book she was the least likable.  I could relate to Sissel though, I’m the youngest of four too and know how hard that can be.  She also did not have a talent, which made her feel left out.  But now her talent has manifested, later than the others, and it is one that could lead to disaster for the family.  Sissel does grow quite a bit in this story, although her choices sometimes are questionable.  She still isn’t as likable as her siblings, but she does kind of grow on you.

Hanne and Owen are still involved, although why they were waiting to get married is beyond me.  They spend some of the book working on a cattle drive, which was interesting again to read about.  This time Hanne was working with the cook and so we got a different perspective of what a cattle drive is like.  Her berserker instincts were still strong and important, but for the most part she can control them.  Some of the sweeter parts of this book was when her and Owen had some time alone together.

James Peavy and Isaiah McKray are the two men vying for Sissel’s attention.  James is the Pinkerton spy, but I do believe he genuinely had feelings for Sissel.  He didn’t really know why he was spying on her and her family, and he didn’t completely trust the Pinkertons.  But I liked him much better than Isaiah.  Isaiah was a bit of a swindler, and he started off just wanting Sissel for her ability.  But I think by the end he really did start to care for her.

Steig story unfolds a bit more and I am hoping that the next book is the one that focuses on him.  He spent most of this book being exasperated by Sissel, but really wanted to help her with her gift.  He is a strong character with a lot of potential for his own story.  Knut was not in this book much, but he also would make a good story for another book.

The plot of this book was just as good as the first, although it does start off a bit slow.  The ending really makes up for the slow start though.  The threat of the Baron is at the forefront of the families issues as is the old warrant for Knut arrest.  Keeping Sissel’s Nytte a secret is also a main part of the plot.  Can you imagine how hard that one would be to hide?  I don’t blame Sissel for wanting to use it either.  It could solve all of the families money issues.  I will warn you that there are some pretty brutal violent scenes concerning berserkers and their violent ways of killing.  Not quite as bad as the first book, but still disturbing.

I really enjoyed this duology and highly recommend it not to just historical fantasy aficionados, but any one who enjoys historical fiction as well.  The detail of the setting will really draw you in. 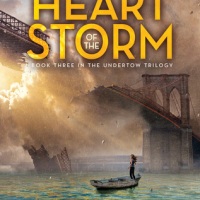 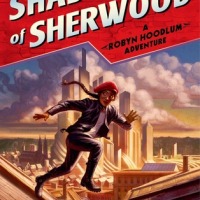 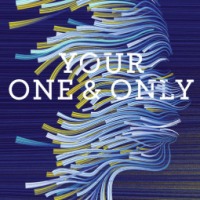