When The Sky Fell on Splendor by Eily Henry

Almost everyone in the small town of Splendor, Ohio, was affected when the local steel mill exploded. If you weren’t a casualty of the accident yourself, chances are a loved one was. That’s the case for seventeen-year-old Franny, who, five years after the explosion, still has to stand by and do nothing as her brother lies in a coma.

In the wake of the tragedy, Franny found solace in a group of friends whose experiences mirrored her own. The group calls themselves The Ordinary, and they spend their free time investigating local ghost stories and legends, filming their exploits for their small following of YouTube fans. It’s silly, it’s fun, and it keeps them from dwelling on the sadness that surrounds them.

Until one evening, when the strange and dangerous thing they film isn’t fiction–it’s a bright light, something massive hurdling toward them from the sky. And when it crashes and the teens go to investigate…everything changes.

“The six of us were destined to be alone, trapped in a grief we weren’t willing or able to share, but from then on, at least we were alone together.”

This was a really good book about friendship and grief. It has a bit of a twisty ending, that I’m not sure I liked, but I certainly didn’t see it coming. The rest of the story will certainly keep you on the edge of your seat trying to understand and figure out what is happening along with the characters.

“How many billions of things had to happen just right to give me this ordinary life.”

Franny is the sole narrator, and she was not entirely reliable in her telling. She was likable, as were her friends, but she was scared and lonely and didn’t know what to think about what happened to her and her friends. But she is brave for the most part, and willing to do what needs to be done. Her grief over her brother’s accident is still pretty raw, even five years after the fact. Her family before the accident and immediately afterwards, is shown through flashbacks, which sometime hurt the flow of the current story, but were necessary. She lives a very lonely life, even before the accident that took her brother.

The other characters you don’t get to know as well as Franny but they are important to Franny and to the story. Remi is the Sheriff’s son and probably the one closest to Franny. Arthur, Franny’s other brother, was a bit of a jerk, and the self proclaimed leader of the group. Sofia was the odd one out of the group. She didn’t grow up in the town, but came after the accident. Nick was the bad boy of the group. They were all brought together by their grief but they often had a hard time expressing themselves to each other, and their grief was often something that none of them talked about to each other.

“There were still pieces of us we so badly wished each other could see and yet couldn’t make ourselves ask for, and there was anger and resentment and it still all hurt, but right now, we were here, and if we stayed long enough, things might start to heal, even a little bit.”

The plot was very interesting and really kept you guessing as to what was going on. As I said before, some of the flashbacks interrupted the flow of the story, but they were important. I really liked the ones that showed her relationship with her brother, Mark. He was definitely the shining star of the family. I loved their discussions of black holes and Fibonacci numbers and how they show up in nature. He was an artist which becomes important to the story later on. The final twist of what was really happening threw me but it worked when you looked back at the story as a whole.

A solidly good story about grief and friendships. The ending will make you think about things too. 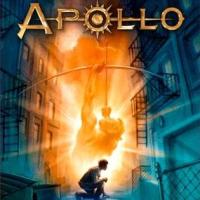