For this week’s mini-confessions I have three fantasy books. One is a first book in a series, one is the second book and one is the third and final book. Kind of funny how that worked out.

“Paranoid? Probably. But just because you’re paranoid doesn’t mean there isn’t an invisible demon about to eat your face.”
― Jim Butcher, Storm Front

This is an older, but still ongoing series with 17 books so far. Will I make it through 19 books? Maybe, I certainly enjoyed this first one and I have put the second on hold at the library, so we shall see. I know many people who love this series, so I have hope that I will too. There is also an old TV series that I just might need to check out as well.

Harry Dresden is a wizard who also happens to be a private detective. I really liked Harry almost instantly as he has a very dry humor, but is also extremely good at what he does. Even though he also seems to be somewhat unlucky in that much of what he does appears to get him into trouble. But nothing he can’t handle, fortunately.

There are lots of cool side characters that I am looking forward to seeing more of. I loved Mister, Harry’s cat, who might be more than an ordinary cat. Bob the talking skull was such a hoot. Not sure what kind of creature he was, but I loved his attitude. I also liked the bartender, Mac, at the local magical bar. He was a man of few words but seemed to have Harry’s back.

The story itself was typical urban fantasy, but it very much has a film noir feel about it. The pacing was good and kept you going even through a few slow spots. I liked the mystery of the murders, although having people’s heart jump out of their chests, was a bit gruesome. There were some good twists to the mystery as well, and a couple of them I didn’t see coming.

Overall, a fun urban fantasy that has a funny protagonist, a well rounded cast of secondary characters, and a fast paced mystery that will keep you guessing. This is a series I look forward to continuing.

Books of the Raksura #2

The Serpent Sea by Martha Wells

“Their expressions gave Moon the impression that was he was being watched with disapproval, but he felt like that a lot, so it was probably just him.”
― Martha Wells, The Serpent Sea

This is another older series that I picked up solely because I love this author’s Murderbot series. So far I am enjoying the series. This is a very rich world with interesting species and characters that you will fall in love with.

Moon is still the only narrator, but I am fine with that. I love him, and I love the fact that even though he wants the rest of the Court to at least tolerate him, he isn’t afraid to do what he thinks is right. He still often fumbles and gets the others mad at him, but they are grudgingly beginning to accept and like him.

The plot of this one was just as interesting as the first. Moon and the others go on quite the adventure to retrieve an important part of their new home that was stolen. We continue to see more of this world and I am amazed at the creativity in the world building. All of the species Moon encounters are very different from each other and their cultures are pretty rich and well rounded too.

I will be continuing this series at some point, although it maybe a few weeks before I get to the next book. I have some other obligations first and with school starting I will be busy. I do recommend this series to those of you who like high fantasy. This is a fascinating world that has great characters and interesting plots.

Any Way the Wind Blows by Rainbow Rowell

“I thought we had the sort of love that you can’t set down or walk away from. An undying fire. The love you hear about in the old stories.
No one told Simon Snow the old stories.”
― Rainbow Rowell, Any Way the Wind Blows

This final book was just beautiful and perfect and I really wish it wasn’t the end. I could read about Baz and Simon and their friends for many more books. It was great watching this group of young adults find themselves and become who they were meant to be.

Baz and Simon finally get their shit together and it was so wonderful to see. I love them to pieces and just want to hug them both. Simon especially just blossomed in this book and finally became the person he was meant to be. It was beautiful. Baz was perfect to and I just loved his humor and his determination to not let Simon destroy himself.

Penelope and Agatha also had huge growth in this book. Penelope and Shepard were so cute together and I just loved Shepard’s curse story. It was awesome. Agatha also finds herself in this book and her journey was probably the best one of all of them.

There is alot going on in this book. There is the main plot of the Chosen One cult which was kind of creepy and I was a bit worried for Simon for part of that. I also liked the Watford goats story, I loved that their magic and the school’s magic was tied together.

I know a lot of people didn’t like the second book in the series, and if you are one of those I really recommend that you give this one a shot. It defies expectations and will make you fall in love with these characters all over again. If you are like me and enjoyed the other two books you will love this one just as much if not more.

Well that is it for this week’s mini-confessions. I will have two more next week. One is fun mystery and the other is a thriller and both of them were quite good. Until next time, I hope you all have a great reading week! 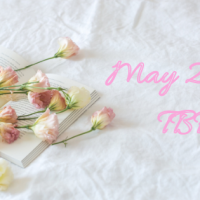 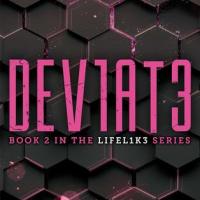 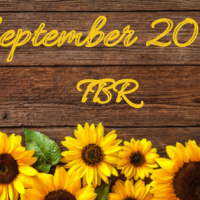 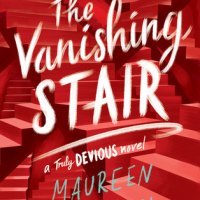