The freeway is coming.

It will cut the neighborhood in two. Construction has already started, pushing toward this corridor of condemned houses and cracked concrete with the momentum of the inevitable. Yet there you are, in the fifth house on the left, fighting for your life.

The victim of the bet between two manufactured gods: the seductive and lethal Roxy (Oxycontin), who is at the top of her game, and the smart, high-achieving Addison (Adderall), who is tired of being the helpful one, and longs for a more dangerous, less wholesome image. The wager—a contest to see who can bring their mark to “the Party” first—is a race to the bottom of a rave that has raged since the beginning of time. And you are only human, dazzled by the lights and music. Drawn by what the drugs offer—tempted to take that step past helpful to harmful…and the troubled places that lie beyond.

But there are two I. Rameys—Isaac, a soccer player thrown into Roxy’s orbit by a bad fall and a bad doctor and Ivy, his older sister, whose increasing frustration with her untreated ADHD leads her to renew her acquaintance with Addy.

Which one are you?

This was such a captivating and compelling read. This father and son author team have taken the themes of addiction, substance abuse and overdoses and have created a story that is totally different from all that have come before. The main difference is that they have taken the drugs and personified them, making them god like in the way they manipulate the humans to use them over and over again.

Ivy and Isaac are two typical teens. Ivy is the wild one with ADD and has experimented with drugs and alcohol before, but nothing to bad. She is failing school so decides to return to adderall to help her focus. Her slow spiral into abusing a drug that helps as much as it can hurt was well done and very believable. Isaac’s story was just as heartbreaking. A sports injury introduces him to Oxycodone and his long slide into addiction was really hard to read. You end up pulling for both of these teens and hoping that things will work out in the end for both of them even though you know from the start that one of them doesn’t make it.

The best and most interesting part of this book thought is the personification of the drugs. Many of the legal and illegal drugs are represented and it was really interesting to see how the attributes of the drug were played up in these characters. Although we hear from many of the drugs Roxy (oxycodone) and Addison (Adderall) are the two that carry the story. They are sort of like gods in that they whisper in Ivy and Isaacs ears all the things that they can do for them and how much they love them and care for them. They are almost like their conscience arguing with each character when they have their doubts and make them feel better when they are lonely and scared.

The plot is fascinating. I personally have no experience with addiction of any kind, but it was so easy to see how it can happen through these two teens eyes. The ending was heartbreaking, not so much because one of the characters that I have grown to like and root for dies, but because through the personification of the drugs we see how the cycle continues. This whole story is set up to repeat itself once again.

A very well done look at the spiral of addiction, done it a way that I think teens will be able to relate to. This is an important story that needs to be told and one that I hope will help those who need it. 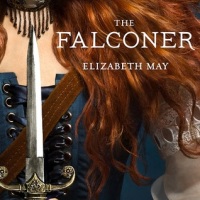