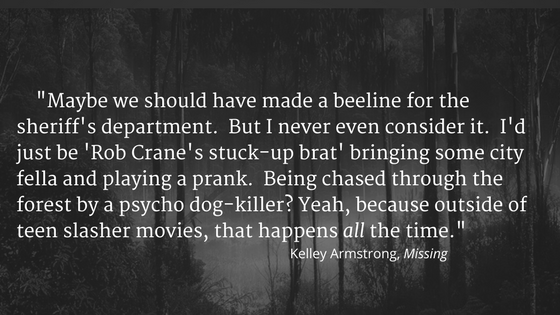 The only thing Winter Crane likes about Reeve’s End is that soon she’ll leave it. Like 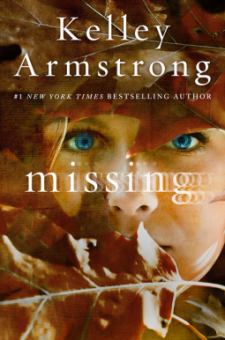 her best friend did. Like her sister did. Like most of the teens born in town have done. There’s nothing for them there but abandoned mines and empty futures. They’re better off taking a chance elsewhere.

The only thing Winter will miss is the woods. Her only refuge. At least it was. Until the day she found Lennon left for dead, bleeding in a tree.

But now Lennon is gone too. And he has Winter questioning what she once thought was true. What if nobody left at all? What if they’re all missing?

Arc provided by the publisher via NetGalley for an honest review.

This was a fast paced thriller with lots of unexpected twists and turns.  The romance was sweet and was often a nice interlude to the insanity of the rest of the story.  Although there were times when the plot went in predictable ways, it was well written and still made you think “what will happen next?”

Winter was an interesting character.  We see everything from her point of view.  She is very much a typical teen with some snarkiness to her which I always appreciate.  She is also someone that teens will be able to sympathize with, she is being raised, poorly, by her alcoholic father, in a dead end town.  She desperately wants to leave, but in the meantime copes with her life in an honest and refreshing way.  Even though she often quips that what is happening is like a bad horror movie, she sometimes makes poor decisions, just like those teens in the slasher movies. But I think that just makes her more human and realistic.

Jude, her eventual romantic interest, is a very multi-faceted character.  He has a lot of issues around anger, and the way he was raised.  He is Lennon’s brother and it really shows how much he cares for him. Once he stops being angry with Winter, he begins to want to protect her as well.

The setting, the Appalachian mountains in Kentucky, was awesome.  It helped set the mood of the entire story, with spooky woods, feral dogs and abandoned mines.  The small town setting was perfect from the busy body neighbors to the ineffectual sheriff and deputies.

There are a lot of family issues, from Winter’s alcoholic father to Jude’s overbearing mother.  The overall theme is one of nature vs. nurture.  In other words are we destined to be who we are because of our genes or how we are raised?  Always an interesting storyline in any psycho-thriller and done well here.

Overall an exciting, fast-paced read and a good one to take on vacation with you. 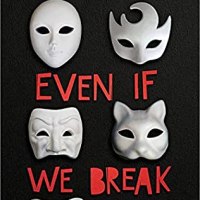 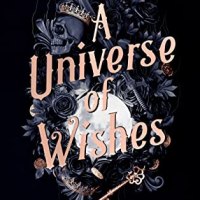